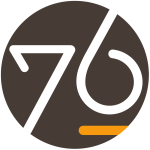 This is something that I’ve never done before in this blog, Review a piece of consumer electronics. 😀

..
NOTE from the future:
After one year, the System76 fan suffers under heavy loads (loads of noise and vibration)
..
After one and a half year the noise gets worse, and the speakers start rattling too. I sold my lemur and bought a new Thinkpad (if that is any indication for this review)

I’ve been an owner of 3 laptops so far, with varying stories.

Kicked in just after the ACER in the early 2000s. I used it as my primary laptop up to 2010 when I needed a more powerful computer to work with ArcGIS. Still in my family, my mum uses it daily to watch youtube and gossip around Facebook (mind you, it is 2017. 15 years of use!!). A hot and bulky piece, it compiles some stuff the weekends that I’m home. 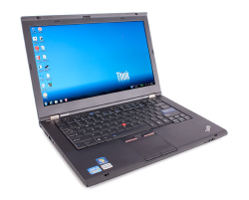 It came a day when the R60 had to be retired from the front-line I was sure to get another Thinkpad. The selected one ended up being the T420s (X1 was awesome and expensive!!!), I looked for something more powerful (not cutting edge) and lighter (1.5 kg vs the almost 3kg of my R60). This is the laptop I’ve been using to write all this blog posts, Master thesis and side projects. I’m quite happy with it. Unfortunately a hard fall made the screen wonky, it works and I plan to fix it, but it seemed a good time to upgrade. 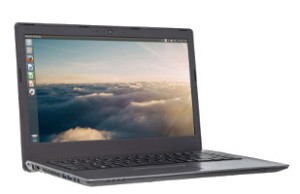 This is the one that I will use from now on. And my impressions come next.

How I decided for system76

I was not sure where to go from my Thinkpad T420s. The R60e was a pleasure, the T420s had some problems (Just check this lenovo support thread with 120 pages) and even if I loved it, it was a bittersweet taste compared to the R60e. I like the reviews on the X220, I just feel bad spending money on something that it’s not an improvement over the T420s.

Three things were in my mind:

I’m not a big fan of the recent news about Lenovo’s spyware, nor the keyboard change. Even if the X1 looks awesome it is, still, quite expensive.

Between the DELL XPS and the System76 lemur. The lemur has a cheaper start and you configure it however you decide. Additionally, I opted to “support” the company that sells Linux-only laptops. From what I understand they are more committed to make their systems run with Linux, so I hope I won’t struggle with driver problems! (a man can dream….)

Also I’ve read mixed reviews online about the system76 hardware support (there’s even a website system76sucks). I’m not going in blind here, system76 just rebrands some hardware and they are not a godsend for the Linux crowd. I’m mainly taking a chance here, probably a DELL XPS would be a safer option.

The Lemur looks sleek, and also brittle compared to the extra rugged appearance of a Thinkpad.

I opted for a top-tier configuration with an Intel i7, 16Gb of ram and a very small SSD hard drive. This is probably 10 times more of what I need right now. I regularly use the T420s with 2G of RAM and a second generation i5 with no problem. But since I’m upgrading let’s do it in style.

The body:
Can’t vouch for it. It seems sturdy enough to survive with me a long time. It is not as sturdy as a Thinkpad, but from what I see it seems sufficient for day to day use and drop in bags.

The hardware:
So far so good. Everything worked out of the box. And System76 even packs a driver update application. Looks covered.

The software:
First laptop that does not need to be configured. Linux is there out of the box. Not too happy with Unity though. apt-get install awesome and voilà.

Silence:
It feels silent. When compiling the fan kicks in, but it’s not too loud, and the laptop does not reach crazy temperatures so far.

Fn + 1:
This combination just sets the fan a full speed. I had some fan related problems with the T420s, it’s a nice touch.

The indicator lights:
The Lemur has lights for:

Those are enough to provide information. The thing is, the lights are placed at the bottom left of the laptop. Long story short, to see the lights I actually have to tilt the laptop, this kind of beats the purpose. From far away you’ll be able to see if the system is charging, on etc.. not while you are working with it (a little nitpick)

The Keyboard:
It sports a good keyboard. Sadly, that’s all I have to say about it. It feels as good as a keyboard I use on my work laptop (Thinkpad E550), and I assume as good as most keyboards. Definitely nothing that I found can beat the classic Thinkpad keyboard. Also, even if I am okay with an US layout, it would be nice if System76 offered other alternatives.

When not on the go I´ll connect an external keyboard.

No keyboard light / backlit keyboard:
If you work at night you might need this. It is not a big deal for me, just something to take into account.

Speakers:
As per usual, a laptop does not have awesome speakers (big surprise). The Lemur is no exception. They work, that’s all.

Battery life:
On normal use it seems to last up to 4 hours. As other online comments point out this is not a lot of battery. For my case it is a so, so.. situation, nothing too bad taking into account how I normally use a laptop: bursts of 3-4 hours and then I continue home.

I can live with it, others probably won´t stand it.

I don’t want to complain too much since I only used the Lemur for one month. I could talk about the keyboard (it’s actually a good keyboard, the T420s/R60e is amazing), maybe the low number of ports (it’s not that bad, it seems to be the current trend). Instead of rambling, let’s just point the things that I don’t like about the Lemur:

The Trackpoint.
I miss the Trackpoint. It is a pointing device that a lot of people despise and probably don’t use. Most laptops don’t have a Trackpoint but I lived with it for almost 15 years. I’ll get used to the touchpad, and for serious work there’s my USB trackball.
This is really a big miss for me.

Clickyness.
I noticed that while typing, sometimes, I can hear a strange click. The clicks come from the trackpad buttons that sound with the vibration of my typing. Strange, not a deal breaker, it makes this part look cheap.

What I am picky about

That Ubuntu key! It’s a nice to not have the windows key for once, I would have preferred a Tux key :-D.

Placing of fn key. I don’t know what is the standard position for it, but I am used to have it first on the lower row, System76 has it second. Just a matter of getting used to it.

There were almost no reviews of this laptop online so I wanted to write my piece about it. In my experience when a laptop is new and shiny it always looks nice, only with time and hours on it you notice what you like and what you don’t.

Also, this will only make sense after, at least, 2 years of use. A laptop should last a long time until it is changed by a new one, If it ends up breaking (as I’ve read from sites like system76sucks) it will be a huge disappointment.

One response to “System76 Lemur Review”